The mentorship involved in Big Brothers and Big Sisters can last a lifetime.

This is exemplified recently when Jeff Travers, one of the mentors for Miami Valley BBBS, celebrated his 60th birthday.  As part of the festivities, a classic “roast” took place that featured Jeff’s Big Brother Don Farmer, as well as Little Brother, 15 yo Caleb Weatherly.

Don, who is now retired in Tarpon Springs, Florida, was Jeff’s Big Brother since Jeff was 12.  Of interest, Jeff served as Best Man in Don’s wedding in 1976, and Don reciprocated by serving as Jeff’s Best Man in his 1983 wedding.  Their friendship has certainly stood the test of time.

According to Jeff, Don had a tremendous impact on his life and provided an important role model.  To ‘pay forward”, approximately four years ago Jeff became a Big Brother—he and Caleb started when Caleb was around the same age that Jeff was when Don entered his life.

Indeed, the mentorship involved in BBBS is something worthy of passing on to the next generation—do not be surprised if Caleb serves as a 3rd generation mentor in the future! 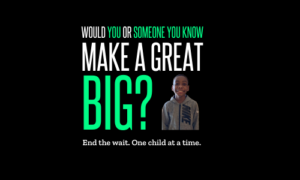